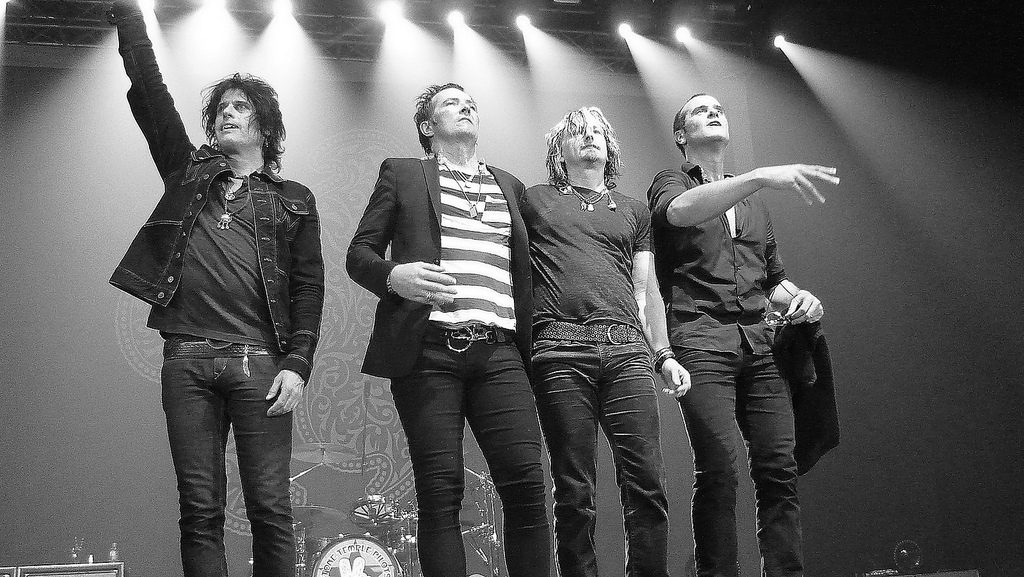 As anyone who’s ever recorded music or been on tour can tell you, putting together and album or a show takes a lot of people. Not to toot our own horn here, but if you want to keep performing under your chosen moniker, you might need some help from a trademark attorney. Band names are brand names, and before you yell, “What about the First Amendment?” consider some of the following disputes:

The Slants: Okay, this one actually is about the First Amendment. Just last year, the Supreme Court of the United States ruled in favor of Simon Tam, the founder and lead singer of the band, The Slants. Tam and his bandmates are of Asian descent, and they wanted to “take back” a seemingly derogatory phrase – hence their band name. The United States Patent and Trademark Office refused to register the band’s name as a trademark on the grounds that it was disparaging. The Supreme Court held that the part of the law barring the USPTO from registering disparaging marks violated the free speech protections afforded by the First Amendment.

Aftermath: Prior to 1996, if you were from Chicago, you might be familiar with Aftermath, a somewhat obscure heavy metal group that started using that name in 1986. When starting the now well-known record label, Aftermath label founder Dr. Dre communicated with Kyriakos Tsiolis, an Aftermath band member, and attempted to get Tsiolis’ permission to use the name Aftermath. Tsiolis did not accept any of Dr. Dre’s offers. Dr. Dre pressed on with the Aftermath name, and in 1996, Tsiolis filed a lawsuit in federal court trying to bar Dr. Dre from using the name AFTERMATH. The court ultimately refused to grant Tsiolis the requested relief, but in so doing also found that the name AFTERMATH was not entitled to trademark protection at all because it was generic or descriptive (the name was representative of Dr. Dre disassociating with Death Row records and moving on to a new venture). While the label now has secured a registered trademark (which can be awarded to descriptive marks after years of use), it was not without some legal difficulties and trademark counseling.

J. Geils Band: What happens when your band name is also your name? Famed guitarist J. Geils registered the band’s trademark in his name without discussing it with the band, and, when a falling out occurred, sued the band in 2012 for continuing to use the name. Ultimately, the case wasn’t decided in Court, and presumably the parties worked something out. When you register a trademark that includes a name, you need to get permission from the person whose name is used in the mark – and when you are a band, a written agreement can save a lot of time and money by avoiding a lengthy battle in court.

Chic: In 2004, Nile Rogers filed suit against two former singers in the band CHIC, who were performing under the CHIC name. The court granted Rogers the preliminary injunction he requested, meaning the singers had to stop using the CHIC name because there was a reasonable likelihood that they were infringing the CHIC mark. In later proceedings, the Court granted summary judgment in favor of Niles and entered a permanent injunction that forever barred them from commercializing the name CHIC – even as “The Ladies of Chic,” because such a use traded on the goodwill of the Chic trademark.

Stone Temple Pilots: STP had a well-written band agreement executed back in 1992. The agreement contained provisions for firing band members and instructions on who could use the band’s intellectual property, including the STONE TEMPLE PILOTS trademark. Even with the band agreement in place, when former lead singer Scott Weiland was terminated, the remainder of the band filed suit against him for Weiland’s continued use of the STP name. Weiland countersued the band, too, and the legal battle went on.

Dinosaur, Jr.: Despite having released a self-titled record, the band now known as Dinosaur, Jr. was first called “Dinosaur.” But use of that name was cut short after pressure from the 80s group Dinosaur forced a name change. Before investing too much time and money in a band name, it is beneficial to do a thorough search to see if anyone, anywhere, is using the same or similar name. As an aside, just adding “Jr.” to the name likely wouldn’t eliminate a trademark issue since Dinosaur and Dinosaur Jr. are confusingly similar, but we assume an agreement of some sort was reached to redress this issue.

As you can see, there are a lot of scenarios where your band name might stir up some legal issues. That doesn’t mean you can’t use the name, but you may need to think about things and discuss the choice of band name with a trademark lawyer who knows the music business. A music lawyer can also help with the guidance your band needs to protect its trademarks and avoid litigation in the future.