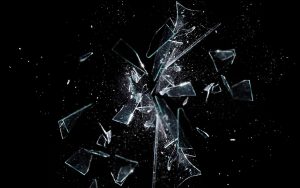 It’s an inevitable scenario for most large companies: an employee signs a confidential separation agreement upon being terminated.  The employee — irate — logs onto Glassdoor.com and airs her grievances (and the company’s dirty laundry) anonymously on the company’s Glassdoor page.

The C-suite is fuming.  They march into the GC’s office: “didn’t we tell you to make sure the separation agreement prohibited her from saying bad stuff about us?” Hopefully, our GC included a non disparagement or “no negative statements” clause to the agreement.  If she did, then the identity of the poster is likely discoverable.  If not, the identity is not only undiscoverable, the post will remain on the site for anyone to see.

In a digital world where people can take cover behind a universe of platforms and portals, it’s important to ensure that your company’s employment contracts have clearly drafted provisions that protect the company’s reputation online.

What about the First Amendment?  Can’t people say whatever they want?  Yes, they can. But they can choose to restrict or waive those rights altogether in a written agreement.  Without these provisions in place, an angry employee is only subject to standard defamation and libel laws, neither of which are easy to prove in court.

It goes like this:  if an employer sees a statement made online that she believes violates a written contract in place between the employer and employee (former or otherwise), the company can file suit against a Doe defendant, and immediately seek discovery from Glassdoor that reveals the identity of the poster.  Glassdoor will likely respond to the subpoena, under these circumstances (they may first try to informally disclose the identity so as not to set a precedent for responding to subpoenas — they are aggressive litigants).

But first, you need to show them the contract. Without it, they’ll tell you to pound sand—and they’ll probably succeed. Without a likely breach of contract claim against the employee, Glassdoor will say the identity is not relevant to any claim or defense in the case.  So unless you’ve got a strong defamation claim, you’ll have to live with that post forever.