B*tch Better Have My Trademark 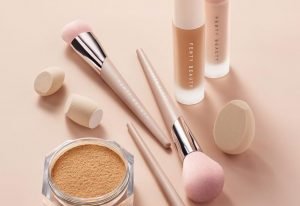 Fans of Rihanna are likely aware of her tremendously successful makeup line, FENTY BEAUTY, which launched in in September 2017. Some may even be aware that the name itself came from the star’s last name – Robyn Rihanna Fenty. As any good brand owner does, Rihanna applied for several FENTY trademarks as early as June 2014 covering everything from her beauty line, to her apparel and upcoming luxury fashion line.

Rihanna’s strained relationship with her father has been something she has spoken about in the past. Thus, it came as no surprise to many that in January, Rihanna filed a lawsuit against her father for trademark infringement after several bad acts came to light. The lawsuit alleges in part that Ronald Fenty’s company Fenty Entertainment, LLC seeks to trade on her hard-earned success and the recognition and goodwill associated with her last name and her Fenty brand of products. The company’s website uses the FENTY marks without the permission of Rihanna, and creates a false designation of origin which is likely to confuse consumers into thinking these actions are affiliated with or sponsored by Rihanna. Ronald Fenty also allegedly has been misrepresenting himself and his business partner as reps of Rihanna, despite having no business affiliation, and went so far as to accept concert deals on Rihanna’s behalf. Ronald and his business partner even attempted to submit their own FENTY  trademark applications.

While the Fenty trademark action displays an egregious example of attempting to capitalize off the goodwill of another’s brand, it does beg to question, how can one trademark their name? And what happens if someone else has the same name?

First, Rihanna’s several FENTY trademark registrations and applications contain a consent statement which says “the name ‘FENTY’ identifies Robyn Rihanna Fenty whose consent to register her name is of record.” This type of consent-to-register statement is most often seen when an applicant’s full name is used and is commonly seen in fashion, where the trademark registration is for a brand name that is an individual’s name; think Calvin Klein, Kate Spade, Rebecca Minkoff, Michael Kors etc. – all of which have similar “consent statements” where the individual has consented to the registration of their name.

But what happens when someone else has the same name as you? This problem has popped up for popular fashion brands such as Zara, Chanel, Gucci, and Dior – sometimes amongst family members (like Rihanna), other times amongst others who just luckily (or not-so-luckily) have ended up with the same name as a famous brand.  While a trademark owner obviously cannot prevent someone from simply having the same name as them, they can (and should) take all efforts to ensure such usage is not contravenes to their own commercial rights. Otherwise, such usage can cause consumer confusion.

For example, Chanel won a trademark infringement action against a salon owner Chanel Jones. The Court there held “Nothing herein may be read to prohibit Jones from using her personal name solely in a personal, non-commercial capacity, or to otherwise identify herself, provided that Ms. Jones does not use her name in any manner that suggests an affiliation or relationship with Chanel.” This is exactly what brand owners, and those who share the names, must consider – what crosses the line of suggesting an affiliation or relationship?  Trademark owners have a duty to enforce their rights after all. So long as brands use names of individuals, those who share those names could expect to see themselves in legal trouble if they attempt to commercialize off the success and goodwill of a famous brand.

What makes Rihanna’s case interesting is that there is no doubt her father has attempted to create a false sense of affiliation with Rihanna herself; however, he does share the same last name as her. Further, he is not trying to create a new brand. He is simply trying to ride her coattails by relying on their same last time. It should be interesting to follow this case, as a Fenty fan and trademark enthusiast myself.

If you are thinking of trademarking your brand which is your own name, or similar to the name of another famous brand, reach out to an attorney at Jayaram Law to properly assess the exposure you may face.